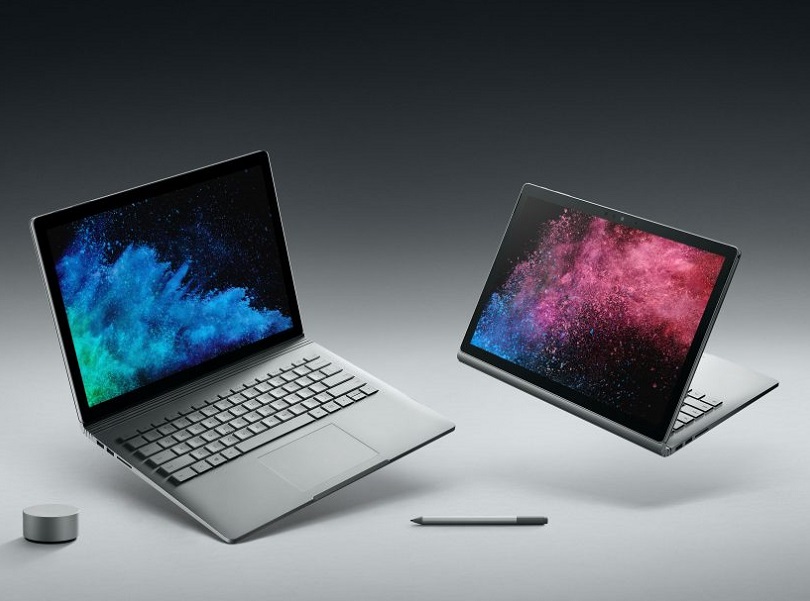 Microsoft has unveiled a new Surface device that is being dubbed a ‘portable powerhouse’.

It has 8th Gen Intel Core i7 processors, as well as NVIDIA GeForce GTX 1050 and 1060 graphics options – meaning it can run games at 1080p and 60 frames per second. This also means it will handle data-intensive programs such as Adobe, Autodesk, and Dessault with ease.

As ever with the Surface range, this new device can be used as a laptop or tablet, thanks to the detachable keyboard peripheral.

Unveiling the device, Corporate Vice-President of Microsoft Devices Panos Panay claimed that Surface Book 2 removed the barrier between desktop and the laptop devices, by giving mobile professionals “the power of a desktop, the versatility of a tablet, and the freedom of a light and thin laptop.”

He added: “Whether you’re a developer, a digital artist, a designer, or an accountant, you can bring your ideas to life anywhere because Surface Book 2 is a portable powerhouse. We made no compromises building the most powerful Surface laptop ever.”

A 13-inch version is available to purchase right now, with a 15-inch variation set for release in the new year. This larger model is said to offer some 7 million pixels – 45% more than the MacBook Pro.

Seemingly the only feature in which the Surface loses out to its Apple competitor is weight, with the 13-inch MacBook coming in 160 grams lighter than its direct Microsoft competitor. There’s an 80-gram difference between the 15-inch models. However, even Apple news outlet 9to5Mac acknowledged that such a small difference would be largely imperceptible.

It’s a “powerful portable studio” Panos concluded, “for those who want a single device that can follow you from concept to sketch to creation.”

Further articles in the Soundbytes newsletter Winter 2018 include: