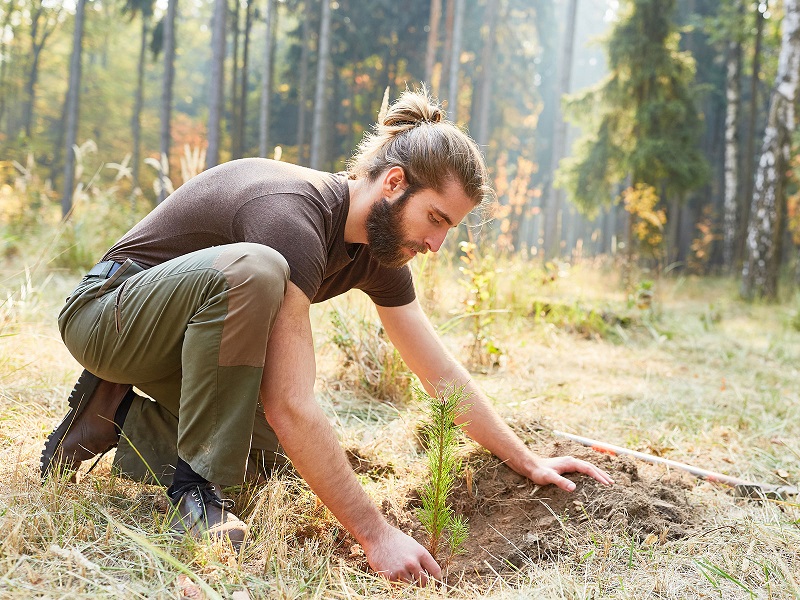 A revolutionary search engine has been responsible for millions of trees being planted across the globe.

Ecosia is a free tool that pledges to “plant trees where they are needed the most”, simply from people searching the web.

The idea is simple - Ecosia uses advertising just like Google and Bing to generate revenue. However, this money goes straight into planting trees in countries around the world where they are most needed. These include Spain, where degraded landscapes are being reforested to restore biodiversity, and Senegal, where the trees improve soil fertility and water cleanliness.

The project has already proven to be immensely popular, with 15 million active users helping to invest nearly 13 million euros (£11 million) for 9,000 planting sites.

This all adds up to more than 82 million trees planted as a result of Ecosia’s work - a figure that’s rising by more than 1 a second. Ecosia is doing more than just planting trees, however. It’s also shining a light on transparent and reputable operations, in the hope it will put pressure on tech giants to follow suit. The company publishes its monthly financial reports and tree planting receipts for all to see, whilst also protecting user data by not using third party trackers or selling information to other companies.

Ecosia is also going “more than carbon neutral”. Its servers run on renewable energy - and that’s without taking in the carbon reduction that’d result from all the millions of trees being planted.

The company was founded in December 2009, and within two years had already won awards not just for its concept but also speed of uptake across Europe and beyond. By June 2019 it had planted 60 million trees - a figure that’s grown by around 37% in just the seven months since.

Anyone wanting to use Ecosia can download a Chrome extension or download the mobile app, which is on both the Apple Store and Google Play store.

This article is from our Winter 2020 Soundbytes Newsletter. To read the other articles from the newsletter, click on a links below: