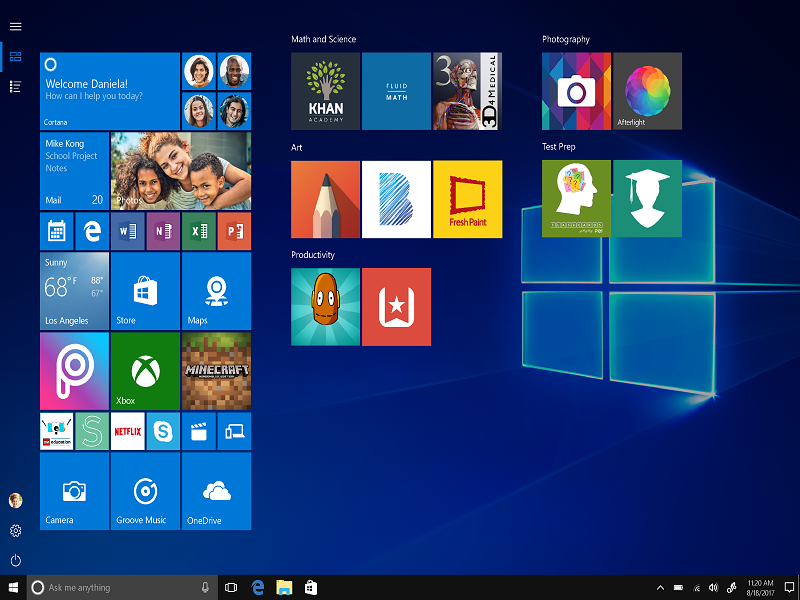 Microsoft has launched a new, streamlined version of Windows 10 - in a move that many have claimed is aimed at providing like-for-like competition to Apple’s existing offering.

Named ‘Windows 10 S’, this new operating system is largely aimed at the education market, as it’s a modified, somewhat limited version of the full package. These limitations make it considerably more secure, as the only software it permits users to run is that which can be downloaded from the Microsoft Store. As such, the only way a developer can get their program onto Windows 10 S devices is to package it up as a Windows App within the Store (which, it has been noted, many are already doing).

Not all apps on the Windows Store are suitable for the new operating system, however. All command-line apps, shells and consoles are also out of bounds.

To boost security further still, Microsoft has made it so that Windows 10 S devices run each app in separate containers. This means that no apps can glean information from any other - even if they’re being run simultaneously.

With all this considered it’d be understandable to think the ‘S’ stood for ‘secure’ - but that’s not quite the whole story. According to Microsoft, there are in fact four reasons for the name, to cover its four core pillars. Secure is one of them, alongside the slightly less straightforward: ‘superior performance’, ‘streamlined for simplicity’ and ‘the soul of Windows 10’.

This ‘soul’ aspect comes from the fact that, underneath some of the more headline-grabbing features, the bones underneath Windows 10 S remain broadly unchanged from the full version. In fact, though it will be pitched to the education sector, anyone is able to buy a Windows 10 S-equipped device.

Those seeing this as an upgrade opportunity, though, should be warned: Microsoft will not be offering this OS to buy. Instead, it will be exclusively pre-loaded onto Windows 10 S devices. Exactly what range will be on offer should become clear over the coming months.